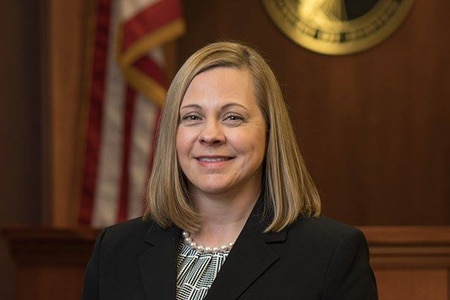 April Hollon Gatlin has a breadth of experience in various areas of the law including, probate, government, real estate, collaborative law, domestic, and litigation. As a complex litigator and trial attorney, April has been lead attorney covering a wide range of matters including real estate, contract disputes, construction, leases, title disputes, felony defense, estates and insurance defense. As a domestic attorney, April has represented mothers and fathers in child support, custody, visitation, guardianship and adoptions. As a general practitioner, April has a unique understanding of the interplay between estate planning, probate, and real estate and applies a multi-disciplinary approach to solving problems.

April has always been very active in her community. She has served as both President of her local Kiwanis and Kindervelt chapters. She has also served as Secretary on the Holly Hill Board and was selected as a member of the Grant County Chamber of Commerce vision 2020.

April grew up on a dairy farm in Gravel Switch, Kentucky and showed many champion dairy cattle. Her time growing up on a farm in rural Kentucky taught her the value of hard work, honesty, and compassion toward others. As a proud mother of four children, April understands the challenges that face families in todays world. April resides in Union, Kentucky with her husband and law partner Jack Gatlin. Jack and April met their freshman year at the University of Kentucky and continued on together graduating from the University of Kentucky College of Law.

Connect with Our Lawyers